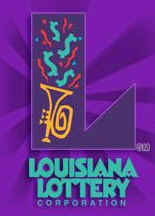 It all started for the Louisiana State Lottery in 1990 when state voters agreed to a proposal from the state legislature for the introduction of a brand new state lottery.

The idea behind the lottery was to generate and increase the revenue for the state of Louisiana without having to increase taxes.

It was deemed best to run the new state lottery using a corporate structure and so the Louisiana Lottery Corporation was then created in 1990.

The first game introduced was an instant scratch-off, “Louisiana Treasures” – which went on sale on September 6th 1991.

Louisiana Lottery’s first online lotto game was the Louisiana Lotto which was introduced to the public in 1992 and since those early beginnings it has become the primary game of the LA Lottery.

The Louisiana Lottery Corporation is also a member of the Multi-State Lottery Association (MUSL) and includes the Louisiana Powerball lottery amongst its overall portfolio of lottery games available.

In addition to Powerball – other games that Louisiana Lotto offers include various scratch-off tickets, Easy 5, Pick 4, Pick 3, the multi-state Mega Millions lottery and the flagship game that we are going to look at right here – the Louisiana Lotto…

Louisiana Lotto is the in-state traditional draw-style, lotto jackpot game of the LA Lotto. It is the company's premier game and is still going strong today 17 years after it was first introduced on January 22nd 1992.

The jackpot for the Louisiana Lotto commences at US$ 250,000 and will rollover each time the jackpot is not won. This extra amount is then added onto the following draw’s jackpot which increases in size each draw until somebody wins it when it then reverts to the starting jackpot amount of US$ 250,000 again.

The Louisiana Lotto uses a matrix of 6/40 and drawings of the game take place twice per week at 9.59pm local time on both Wednesdays and Saturdays.

Louisiana Lotto – How it Works

The Louisiana Lottery traditional Lotto game uses a 6/40 matrix which means that when playing the LA Lotto – you will need to select your 6 numbers out of a range of numbers from 1 to 40 – if you match all 6 numbers drawn then you will be a jackpot winner.

In addition to the jackpot itself – there are also 3 further ways in which you can win in the Louisiana Lotto – with prizes to be won if you match 5 of the 6 numbers drawn, 4 of the numbers or even just 3 of the numbers.

A Quick Pick facility is available when playing the Louisiana Lotto very much the same as the Lucky Dip option that is used in the UK National Lottery or Europe’s EuroMillions or many other USA Lottery games – which means that you can ask the lottery retailer or computer to randomly select all your Louisiana Lotto numbers.

So – playing the LA Lotto is very simple – just select your own 6 numbers or request them to be automatically generated for you by selecting the Quick Pick box on the Louisiana Lotto playslip.

The cost of each entry into the Louisiana Lotto is US$ 1.00.

Louisiana Lotto – Who Can Play?

Nowadays though – there are a good number of online lottery ticket sales companies such as TheLotter who are both authorized and genuine – you are easily able to check the very latest winning LA Lotto numbers online from anywhere in the world and tickets for each Louisiana Lotto draw can be purchased online at louisianalottery.com.

This is great news of course if you live outside of Louisiana and the U.S.A. and want to play the Louisiana Lotto and ensure your entry into the next draw or just want to have the ease & convenience of being able to buy lottery tickets online.

Once you have entered into the LA Lottery draw – you can then easily check your chosen Louisiana Lottery results online to find out if you have become one of the latest lucky Lotto winners.

Unlike nearly all of the other USA Lotteries – in Louisiana you will need to be 21 years of age to be eligible to purchase a ticket for any of the Louisiana State Lottery games including the Lotto.

“Cross-Over” sales information for all USA Lottery players in Louisiana…

The Muilt-State Lottery Association (MUSL) – who administer the POWERBALL game – and the Mega Millions consortium – who administer the MEGA MILLIONS game – have recently entered into an historic cross-sales agreement across the USA. All US Lotteries that previously sold POWERBALL tickets can now ALSO sell tickets for the MEGA MILLIONS game and vice versa.

This came into effect on January 31st 2010 – but as yet the Louisiana Lottery has not
entered into the cross-over sales arrangement. This position may change, of course, in future months but in the meantime – USA Lottery players in Louisiana and around the world are STILL able to buy lottery tickets online for the MEGA MILLIONS as WELL as the existing POWERBALL.

Up until 1998 you could legally play any of the LA Lottery games at the age of 18. That year however – the minimum age requirement was increased to 21 years to coincide with the minimum gambling age in use at casinos.

Even though the minimum legal age to play Louisiana Lottery games is 21 years – people can actually sell LA Lottery tickets from the age of just 14 years.

The Louisiana Lottery aspires to have the highest level possible of public trust and accountability. To this end – various top administrative and governmental bodies including the Governor of Louisiana oversee the running of all aspects of the LA Lottery.

You can check on the Louisiana Lotto results on the following local television networks who broadcast them each week: KALB channel 5, Cox Cable channel 4, KPXJ/KTBS channel 21, KVHP channel 29, KARD/FOX channel 14 and WVUE/FOX channel 8.

The Louisiana Lotto results will also be published on the official website – louisianalottery.com – very shortly after every draw.

A second drawing per week for the Louisiana Lotto was introduced on December 4th 1996 and the starting jackpot figure was decreased from US$ 500,000 to US$ 250,000 at the same time.

On July 1st 2002 the LA Lottery moved its Headquarters to its current base at 555 Laurel Street, Baton Rouge, Louisiana. 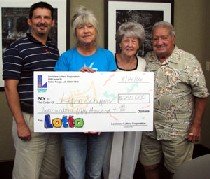 The odds of winning on the Louisiana Lotto are very favourable when you compare them to many of the other US Lottery games – especially the huge Multi-State lotteries such as the US Powerball and US Mega Millions.

The chances of winning an LA Lotto jackpot are 1 in 3,838,380 – for these odds you could be one of the Louisiana Lotto jackpot winners by matching all of the 6 winning lottery numbers.

For one of the prizes on the second prize level – the odds come in at 1 in 18,816 for matching 5 of the winning lottery numbers.

Your chances of winning a third tier prize are 1 in 456 for correctly selecting 4 of the winning numbers drawn and for a prize on the fourth tier – the odds are reduced right down to just 1 in 32 for choosing only 3 of the winning Louisiana Lotto numbers.

The overall odds of you winning any prize in a Louisiana Lotto draw are a very reasonable 1 in just 30.

These are great overall odds for a jackpot game that produces thousands of cash winners every week. 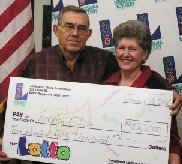 The biggest jackpot prize the LA Lotto has produced to date has been a cool US$ 31 MILLION which was won by two lucky lottery winners – Kimberly D.Hall of Bon Wier, Texas plus the Roland and Marion LeBeouf Family Partnership of Houma on January 9th 1993. The prize was equally split with each party receiving the amount of US$ 15.5 MILLION which was paid as an annuity.

The LA Lotto’s largest single ticket jackpot win was achieved on September 26th 1992 when US$ 21.2 MILLION was won by The Robert H. LeBas Family Partnership from Church Point who held the only winning ticket. This was also paid as an annuity.

On June 1st 1996 – the largest lump sum to be won on the Louisiana Lotto was the US$ 15.6 MILLION jackpot prize that was scooped by Timothy M. Smith from Marrero, Jefferson Parish.

Louisiana Lottery – How Prizes are Paid 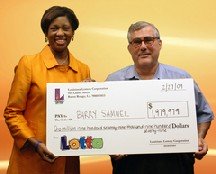 Since 17th June 1995 the Louisiana State Lottery has not offered choices for jackpot winners to receive their winnings as either cash lumps sums or annuity payments. So if you win the Louisiana Lotto jackpot you will automatically be paid your winnings in the form of a cash lump sum.

You will need to claim any Louisiana Lotto prize – including the jackpot – within 180 days of the winning draw taking place.

If your Missouri Lotto win is up to US$ 600 – you will be able to claim your prize from any of the many LouisianaLottery retailers across the state or from one of the LouisianaLottery offices.

If your LA Lotto win is more than US$ 600 then you will be able to claim your prize at any Louisiana State Lottery office.

Of course if you play lottery online with an accredited lottery ticket sales agency such as TheLotter – you will not have to be concerned as they will look after all these details for you.

Louisiana Lottery – Where the Money Goes

The state of Louisiana benefits from people playing Louisiana Lotto games in many ways – since 2003 the bulk of its proceeds have been going towards public education within the state, funded by the Minimum Foundation Program.

Approximately 53% of lottery ticket sales revenue is returned back to the players in the form of prize money and a minimum of 35% is received by the state treasury.

6% of revenue generated is also used for administrative costs to operate the lottery itself with 5.5% going towards the retailers and businesses that promote the LA Lottery ticket sales.