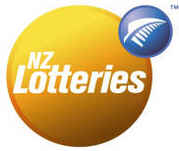 The New Zealand Lottery – NZ Lottery – can trace its history back to 1985 when it was first identified that lotteries would provide a potentially good source of additional income that would benefit various areas of life in New Zealand.

The New Zealand Lotteries Commission has since operated lottery games right across New Zealand very successfully and their lotteries have become a popular part of New Zealand culture over the following years.

A significant development was made when Lottery NZ launched its own internet platform MyLotto on May 26th 2008 facilitating the sales of lottery tickets online for players both at home and abroad. The My Lotto NZ website can be easily accessed at mylotto.co.nz.

There are various games you can play in the NZ Lottery – Lotto NZ portfolio – Lotto Strike, Winning Wheel, Big Wednesday, Keno, Instant Kiwi, Bullseye and the games that we will now be taking a closer look at – NZ Lotto and New Zealand Powerball….

The NZ Lotto – or Lotto NZ – is the flagship game in the NZ Lotteries portfolio. It is the oldest lottery game in New Zealand and is widely played throught the country and right across the world.

It has been going now since 1987 and is still the most popular game amongst the majority of New Zealand Lottery players.

The NZ Lotto jackpot starts off at a minimum of NZ$ 1 Million and each week it is not won the top prize will rollover up to a maximum of 4 times until a winner is found.

If no jackpot winner is produced by the 5th rollover draw – it becomes a draw that "must be won" and should there still be no jackpot winner – the top prize will then be shared amongst winners in the next prize category.

The Lotto NZ offers people the chance to become a millionaire every single week with draws taking place on a Wednesday at 8.20pm and also on a Saturday at 8.00pm New Zealand time.

The New Zealand Powerball is an additional game that is linked to the NZ Lotto –  so anyone playing the Lotto NZ also has the opportunity to participate in the Powerball NZ at the same time.

Having introduced the New Zealand Powerball game into its portfolio – Lotto NZ made the first draw on February 17th 2001.

The minimum jackpot prize for the Powerball NZ is NZ$ 4 Million and this figure will rollover and keep increasing each week that it is not won until either a winner is found or it reaches its agreed maximum level of NZ$ 30 Million.

If still not won – the Lotto NZ will hold a draw whereby the jackpot "must be won" and should there still be no top prize winners – the winnings will then be split amongst players in the next winning prize category.

The jackpot aside – there are a further 5 ways in which you can win on the New Zealand Powerball game.

The New Zealand Powerball draw is conducted at the same time as the NZ Lotto –every Saturday at 8pm New Zealand time.

NZ Lotto – How It Works

The NZ Lotto is a standard jackpot style draw game which uses a matrix of 6/40. This means that 6 main numbers are drawn followed by a separate Bonus Number which is then used to determine winners in prize categories 2, 4 and 6.

When you are playing the Lotto NZ – you will need to make your choice of 6 numbers out of a range of numbers from 1 to 40.

Should you match all 6 main numbers drawn – then you will win the Lotto NZ jackpot which will be NZ$ 1 Million minimum.

Apart from the jackpot itself – there are 5 further ways in which you can win on the NZ Lotto meaning that there are many prizes to be won every Saturday evening.

A Lucky Dip facility is available when playing the NZ Lotto – the same as that used in the UK National Lottery or EuroMillions or the Quick Pick option as used by most USA Lottery games.

This means that you can ask the lottery retailer or computer to automatically select all your NZ Lotto numbers for you by using the random number generator.

When playing the New Zealand Lotto you will need to play a minimum of 4 lines at 60 cents a line. This means that the minimum cost of playing will be NZ$ 2.40.

New Zealand Powerball – How it Works

The New Zealand Powerball runs right along side the main NZ Lotto game and provides you with the valuable chance to dramatically increase the size of your New Zealand Lottery winnings.

Directly after the 6 main New Zealand Lotto numbers and Bonus Number have been drawn – the Power Ball number will then also be drawn from the separate Power Ball machine.

The Powerball NZ uses a matrix of 1/10 which means that when playing – you will need to select 1 number out of a range of numbers from 1 to 10. This will be your Power Ball number.

You can only play the New Zealand Powerball when you are playing the NZ Lotto and you can have the same or different Power Ball numbers for each of your New Zealand Lotto lines.

So naturally – when you are playing the New Zealand Powerball you are automatically also taking part in the NZ Lotto draw.

If you have won a prize on the NZ Lotto and have also elected to play the Powerball NZ – you will win the Powerball prize as well as the Lotto prize if you correctly match the Power Ball number.

Playing the New Zealand Powerball costs 60 cents per line which will be added on to the cost of each line in the main NZ Lotto. The same as with the New Zealand Lotto draw – you will need to have a minimum of 4 Powerball lines when participating.

Therefore when playing the New Zealand Powerball game – you will be using both game's matrices of 6/40 and 1/10.

New Zealand Powerball – Who Can Play?

Ordinarily you would need to have beeen resident in a particular country or order to be able to take part in any of its lottery games.

Unique to New Zealand is the fact that it has never mattered where in the world you may have lived – you have always been eligible to play in any of the Lotto New Zealand games including the NZ Lotto and Powerball NZ from absolutely anywhere across the world.

Today though – this is of little concern anyway – as there are various bona-fide and fully authorized online lottery ticket sales companies such as TheLotter available from which you can buy lottery tickets wherever in the world you may be living.

This is good news of course – if you are outside New Zealand and wish to play New Zealand Powerball or if you simply want to enjoy the convenience of being able to buy lottery tickets online.

Another thing that is quite unique amongst world lottery games is that with Lotto NZ – there is no age limit for playing either the NZ Lotto or the New Zealand Powerball whereas with most it is 18.

The NZ Lotto and New Zealand Powerball are drawn by Lotto NZ every Saturday evening at 8.00pm New Zealand time.

There are numerous ways you can go about finding the very latest Lotto Results NZ – to see if you have become one of the winners.

The NZ Lotto results will be published in various newspapers and plus radio stations plus they are broadcast live on New Zealand’s television channel TV2 – as well as being displayed on the official Lotto NZ website – mylotto.co.nz.

You ca also revisit Global Lottery Review at any time to chck the latest New Zealand Lotto Results where they will be displayed shortly after each draw.

If you are wanting to see the numbers drawn for another of the popular Lotto NZ games – Big Wednesday – this is also easy to do as the Big Wednesday results will also be broadcast live on New Zealand television channel TV1 between 8.15pm and 8.25pm every Wednesday evening.

The table below best explains the various lottery odds involved.

The biggest ever jackpot to have been won on the Powerball NZ to date has been a massive NZ$ 44.06 MILLION that was won by a lucky single ticket holder on November 9th 2016.

The 2nd biggest New Zealand Powerball jackpot won to date has been NZ$ 38.28 MILLION which was won on Wednesday October 16th 2019 and shared by 2 lucky winning tickets.

The 3rd largest NZ Powerball jackpot to have been won so far was the NZ$ 35.22 MILLION won on April 9th 2011 by 2 lucky winners after the game had passed its "must be won" figure of NZ$ 30 Million and received a further boost due to the subsequent massive increase in lottery ticket sales.

The 4th highest jackpot achieved so far by the Powerball NZ was when a lucky West Auckland player won a huge NZ$ 33 MILLION on September 28th 2013. This stands as the biggest single ticket win so far on the New Zealand Powerball.

The 5th largest New Zealand Powerball jackpot to date was won by 5 players from Manukau, Reefton, 2 x Wellington and Auckland on October 18th 2008 when the NZ$ 30.5 MIILLION "must be won" jackpot was shared equally among them.

The 6th biggest NZ Powerball jackpot won so fra has been a cool NZ$ 30.25 Million on the September 16th 2017 drawing.

A Papakura player who won NZ$ 28.7 MILLION on a single ticket on October 16th 2010 has the honour of winning the 7th biggest  New Zealand Powerball prize to date which is also the 2nd biggest to have been won so far on a single ticket.

The 8th largest Powerball NZ jackpot has been NZ$ 26 MILLION won by a ticket holder from Te Kauwata on March 31st 2012.

All prizes including any jackpot won in Lotto NZ games are paid to you in the form of a cash lump sum either as a cheque or otherwise directly into your bank account.

For any prize you have won on the NZ Lotto or Powerball NZ you must make your winning claim within 12 months of the draw.

Any prize you have won up to NZ$ 1000 – the Lotto Shop where your lottery ticket was purchased will be able to pay you this straight away.

If you are under 18 years of age and win more than NZ$ 1,000 with Lotto NZ – you will also need to get a Parent/Guardian Acknowledgement Form completed in order to claim your prize.

Of course – if you play lottery online with the NZ Lotto – you will not need to be concerned with any of this as your online lottery ticket agent such as TheLotter will take care of all of these details.

Lotto NZ – Where the Money Goes

The mission for the New Zealand Lotteries Commission right from the outset has been to raise monies for the communities.

Proceeds from NZ Lotteries are transferred to the New Zealand Lottery Grants Board who then determine which organization is to benefit and exactly where the money will need to go.

Areas that have benefited from NZ Lottery funding in New Zealand are community organizations, the arts, recreation, film, sports and other deserving causes that affect nearly all of the population.